Earth Hour is a global event held on the last Saturday of March annually, asking households and businesses to turn off lights and electrical appliances for one hour to raise awareness towards the need to take action on climate change. Millions to billions of people participate in this. This year earth hour coincided with a party at Solar Bike Headquarters and we could all respect earth hour and eat our BBQ goodness under lights thanks to an electric bike conversion kit. The kit had a hub motor (rear wheel) assembled on a thrown out exercise bike; a small controller converted the output to 12V and this was hooked up to some LED lights; 3 x 3W lights here. Earth hour turned into earth party while people took turns to pedal to create ample light all night. With such a contraption, an average rider should be able to comfortably power about 50 of these 3W LEDs. 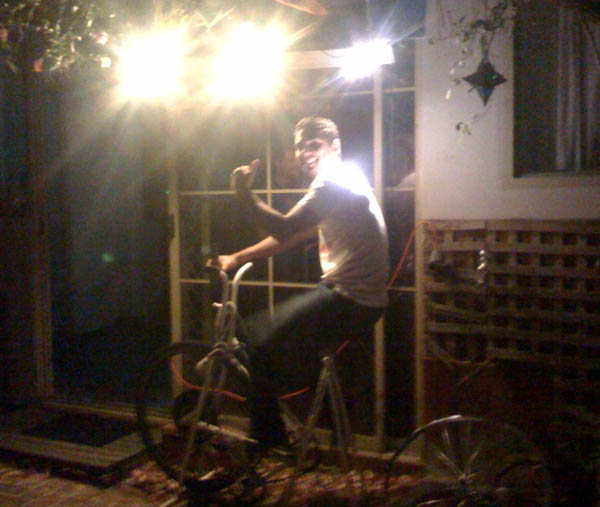