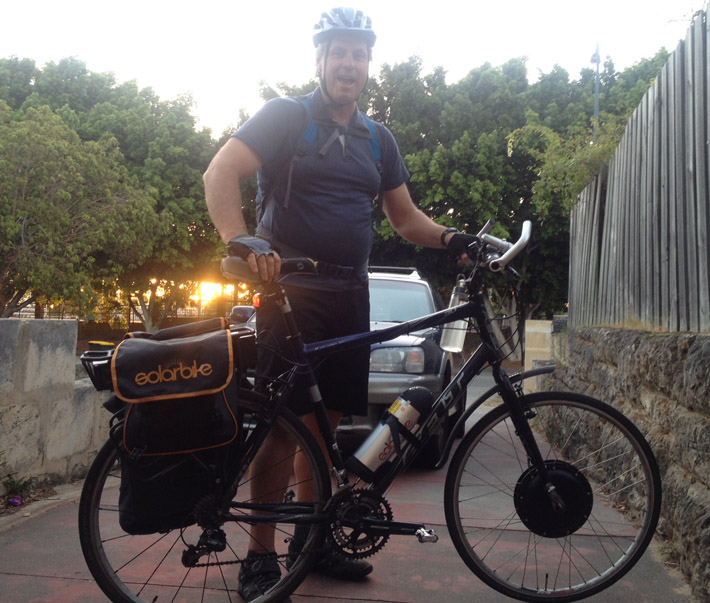 The Professor needed to do a bit of travelling so converted his FELT bicycle with a speedy kit. It was a carbon bike so he needed to put a set of SURLY forks on to support the motor. Initially, he had a long range rear rack battery (36V 16Ah) that lasted him around 45km. After moving, he was required to travel 54km from Rockingham up to Perth to run his research lab. This extra distance was beyond the range limit of the first battery so about a year later he added a super tube battery (36V 11.6Ah). These batteries were hooked up in parallel to give a total of 27.6Ah and resulted in a greater range – and a little more speed and power apparently.

His words on the extra battery: “The extra battery works a treat. It has also picked up a bit of speed. 54 km in 1hr 34, including stops at traffic lights, road works, head wind, etc. Averaging 33-34 km per hour. No more dramas. Also you can charge both batteries from the one charger. Not sure about range but I’d say I could easily push for 70 km. The pick up in speed/power was noticeable. I am biking home 2-3 times a week depending on the weather.