I know Matt from working at the University of Western Australia and have seen and tested a few of his electric bicycles in the past. I very much enjoyed test riding all of them but I loved the design of Matt’s newest model, the black and white chequered Electric Fixie, and it converted me from a test rider into an owner. I got the 350W version for $1650. It’s a fantastic electric bike and it’s cheaper than the $1700 I pay a year for slow public transport ($3.70 each way) and it’s much cooler, faster and better than other electric bicycles I’ve seen that look like things only my grandmother would ride. It takes me about 15-20 minutes to travel about 10km to work on the electric bike, which is way quicker than public transport which takes about 45 minutes and up to an hour sometimes. The bike has not had a single problem since I bought it a few months ago and I use it for nearly all my travels as it’s just lots of fun and really fast and convenient. Even on hot summer days I exercise a lot and arrive at work pretty fresh and don’t need to shower. I find now that I exercise a lot more than I would have otherwise without it. It’s great overtaking those cyclists dressed in fluorescent lycra and it’s so quiet that they don’t even notice I have an electric kit installed. I absolutely love it. 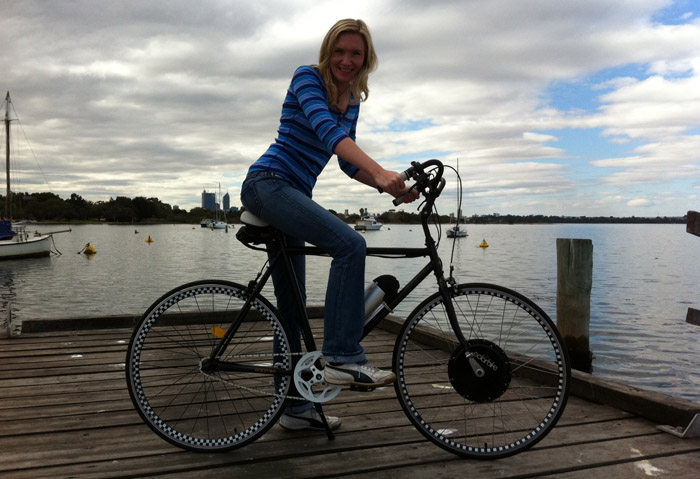