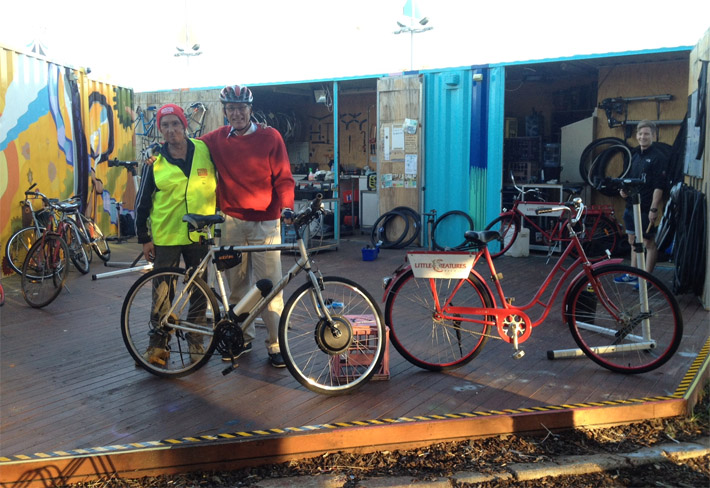 Robert took advantage of The Big Issue electric bicycle project to convert a rarely used Raleigh into an electric commuting machine with a 500W super tube kit. The project offers a $100 discount and a year’s membership to Dismantle in Fremantle – which gives you free workshop use and help with any bicycle work from numerous mechanics. These were his comments after converting:

“I haven’t stopped smiling since we converted the Raleigh. I tried a long 40km + trip around the river on the weekend. It took 1hr 14min at an average speed of 32km/h. This was also into a head wind. I still had one green light on the battery after using quite a bit of power to counter the head wind. Mind you, I was giving the peddles a work out too! So with judicious use you might get 50k from the battery. Am loving it!”