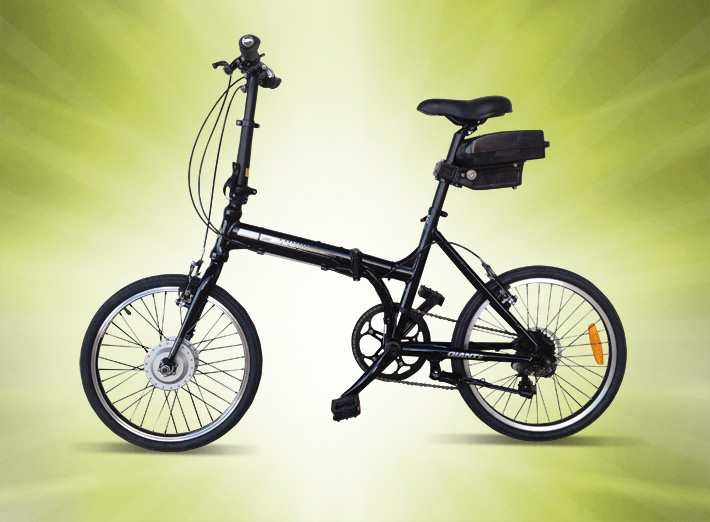 We’ve just added a folding electric bicycle to our range of ebikes. We previously tried importing a few ready to ride electric bicycles but all of them were quite poor quality and were really wobbly on the road. We also found it hard to find a decent folding bicycle that could be folded well with a conversion kit – but finally we have one! The bike we will now use is the Giant Expressway (2), it is a lightweight folding bicycle with an aluminum frame. It has 20″ wheels and rides very smoothly. It can be folded to take on a train or put in a car but it is large enough to handle very well. We use a special 20″ conversion kit with a seat pole mounted Samsung lithium ion battery (36V 9Ah). The electric motor has lots of torque at low speeds because of the small rim size so it will pull you up any hill. This bicycle is extremely zippy and will ride far better than any production line folding bicycle due to the light weight quality bicycle and electric components.