There are an increasingly varied range of box bikes available but the best one that we’ve electrified and test ridden is the French model called the Douze. It’s the best handling model of all – but damn you pay a premium for it. What makes this bike stick out from the rest is 1) light weight, 2) the steering mechanism – it has had the best French engineers work on and it works a treat and 3) in our opinion the low basket and seat contributes to the handling. It all sits close to the ground so the centre of gravity is optimised. 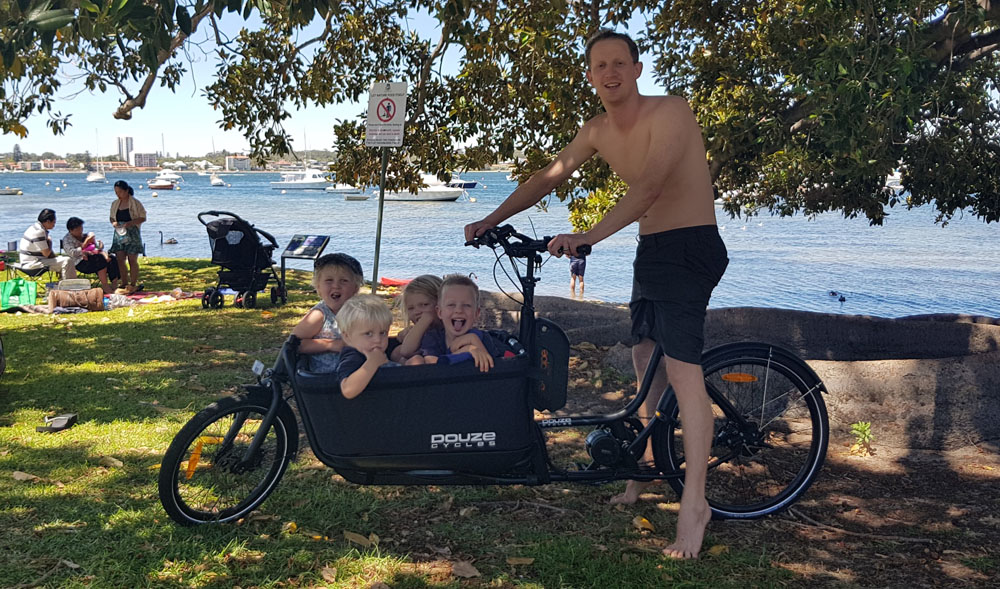 Electrifying the Douze isn’t too easy but it’s not that difficult either once you know the trick. We have 3 different types of mid-drive kits and the only one that we could make work was the Bafang mid-drive kit. This is because the space in the frame is limited. The Bafang kit is a very popular kit; it’s extremely reliable and widely available. There is one small trick to getting it in though; you need to actually pull the motor apart and then re-assemble it in place -it’s actually quite easy, just 4 or 5 bolts either side then you can bend the motor enough to slide it into place.

Now, the next thing you need to know before you read any further and are interested in an electric box bike is the price. This thing costs more than an average bike mechanic can save in a couple of years. The bike itself is imported by a company based over East called Dutch Cargo Bikes and will set you back around $5000, you’ll then get stung another $1000 for the baby seat and seat belts. Then, unless you are a fitness freak and are happy pedalling all by yourself you’ll likely want to bring it to us to electrify. The kits and batteries required for this system will sell for between roughly $1300 – $2000 depending on motor and battery combination needed.  So, all up you’re not going to have much spare change from $8000! But you’ll have the best electric cargo bike on the market! If this sounds like about 2 or 3 times more than you’re willing to pay for such a functional bike then we recommend taking your dollars to our competitors at South Beach Cycles, they have a great range of cargo bikes and box bikes that are potentially more within your budget and highly functional too.

The newest Norco Scene makes for a great rear wheel electric conversion. The battery can conveniently go on the down tube which makes for a really well balanced ride, especially running on the large volume tyres. The Scene has a great laid back riding style that suits all, quick trips to the shops, family rides, and taking the little one, the Scene covers it all with ease. The 1 x 7 drive train makes for simple use as well, allowing a good range of gears to get about and keeping the bars clean and simple. The added electric SOLAR BIKE conversion carry’s on the clean lines and will see you riding around Perth and Fremantle in style with the electric assistance getting you home again against the wind! 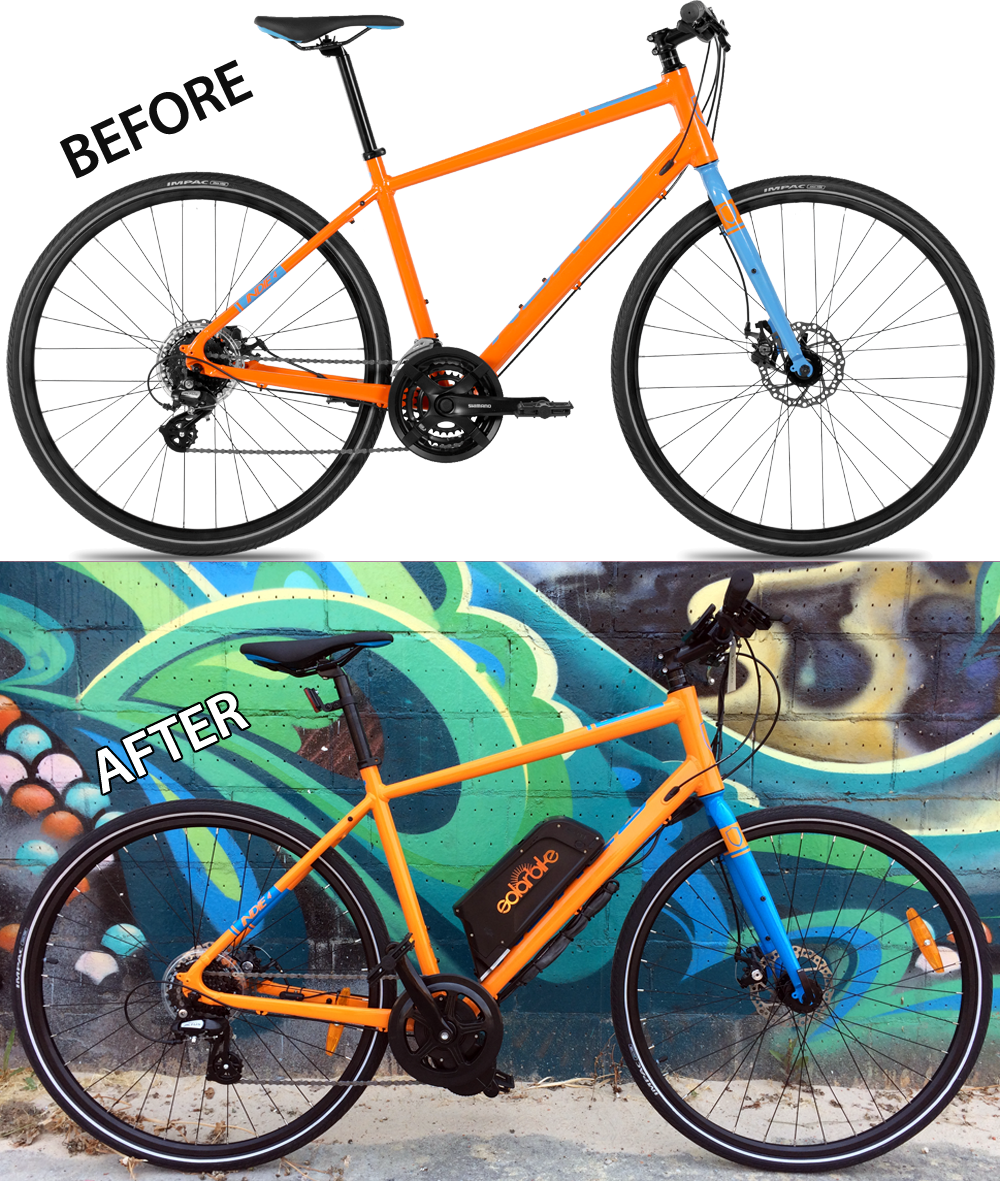 One of our new eye catchers is the converted Norco Indie with a mid-drive conversion kit. Before conversion, this was already a great bike with 8-speed gears, disc brakes and a stiff frame. We converted the Norco Indie to an electric pedal assisted bike featuring a 750 Watt Bafang mid-drive motor which together with a 48V 11.6Ah battery will take you quickly to your destination. The mid drive motor assists you pedalling along the streets while you enjoy your morning-midday or afternoon rides. All in all, a great bike that will draw some looks with you riding it.